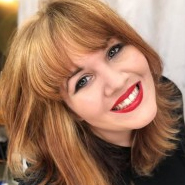 Twitter is working hard to make the platform safer and well, less hostile. We’ve lost count of the features they’ve tested out this year, but it looks like they’re landing on some that could stay. New controls, easier follower removal, and Safety Mode may be a decent start… assuming they don’t cause more problems for harmless interaction. Facebook offers some insight on the Instagram and Facebook verification process and what it does and does not do. There’s a lot going on this week.

The process has been confusing for a lot of people. Facebook tells us what’s changed and how it works this week, in addition to clarifying the criteria for verification. According to Facebook, here is what verification actually means:

Simply put, verification signals authenticity and notability. It’s not an endorsement from the company, and being verified doesn’t mean that your content is favored by our systems in terms of where your content shows up. We try to ensure impartiality in the verification application process by relying on sources such as credible press coverage and examining the person’s cultural impact. For example: are they currently a big part of what people in their community are talking about? Have they recently gone viral?

Twitter is attempting to give users a much more customizable experience. Privacy has been an issue on the platform, and according to Bloomberg a lot of users don’t even understand the privacy basics. Here are some of the new controls:

• Removing followers — Users will soon be able to remove followers. This is currently only possible by blocking someone. Twitter plans to test this feature starting this month.

• Hiding tweets you’ve liked — Users will soon be able to set who —  everyone, just their followers, or select groups – can see which tweets they’ve liked. There is no timeline for testing this feature.

• Leaving conversations –- Users will be given the option to remove themselves from a public conversation on Twitter. Today, only the person sending a tweet can choose who to mention. Twitter plans to test this before the end of the year.

Again, Twitter is trying to give users more control. They’re giving us a simple option to get rid of followers using the 3 dot icon. From Twitter: 4. LinkedIn is killing Stories at the end of the month.

Turns out, some platforms just can’t get the Story feature to catch on. Twitter already killed Fleets and LinkedIn is following suit. As they put it, they have learned a lot and will create a new experience that will “embrace the mixed media and creative tools of Stories in a consistent way across our platform, while working to integrate it more tightly with your professional identity.”

In short, it didn’t work out but they still want to play in the short form video space.

As a platform, Twitter is notorious for digital attacks and anonymous accounts that troll users. However, users can now turn on “Safety Mode” to help slow down attacks and remove unwanted interactions automatically. Twitter lets us know how it works on their blog:

Safety Mode is a feature that temporarily blocks accounts for seven days for using potentially harmful language — such as insults or hateful remarks — or sending repetitive and uninvited replies or mentions. When the feature is turned on in your Settings, our systems will assess the likelihood of a negative engagement by considering both the Tweet’s content and the relationship between the Tweet author and replier. Our technology takes existing relationships into account, so accounts you follow or frequently interact with will not be autoblocked.